Know more about our Trike Scooter

Linkseride is one of the electric tricycle manufacturers from China. Electric trike scooter has been known for quite a long time and is popular all over the world. Nowadays, electric technologies have stepped far ahead and modern tricycles have changed not only their appearance, but also turned into an environmentally safe, lightweight and compact form of individual transport. there are several types of electric tricycles.

Due to its stability and convenience, it will especially appeal to the elderly. You no longer need to look for a place to lean the scooter after a trip or worry that it will fall off the running board. This electric scooter stands confidently and without outside help. A tricycle can be equipped with a differential, which means, it can be driven on both rear wheels, which gives greater stability and controllability when cornering. 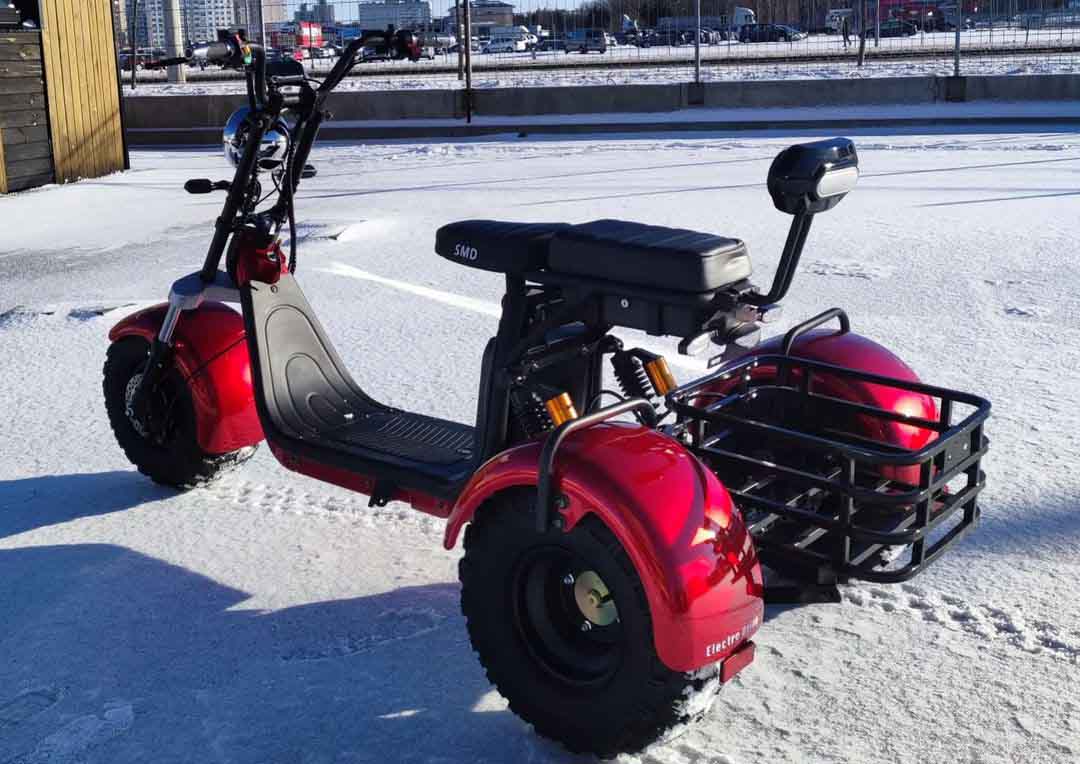 A cargo electric tricycle (GET) will become an indispensable assistant in personal subsidiary and rural farms, in production. This easy-to-operate, versatile and easy-to-maintain transport, which has replaced more expensive and less environmentally friendly gasoline analogues, is excellent for transporting small and bulky cargo.

Electric cargo tricycles are represented by a wide range of models and differ in overall dimensions, weight, capacity, load capacity and other indicators. The market today is dominated by Chinese tricycles. They have an acceptable price, optimal technical characteristics and cope well with the tasks assigned to them. 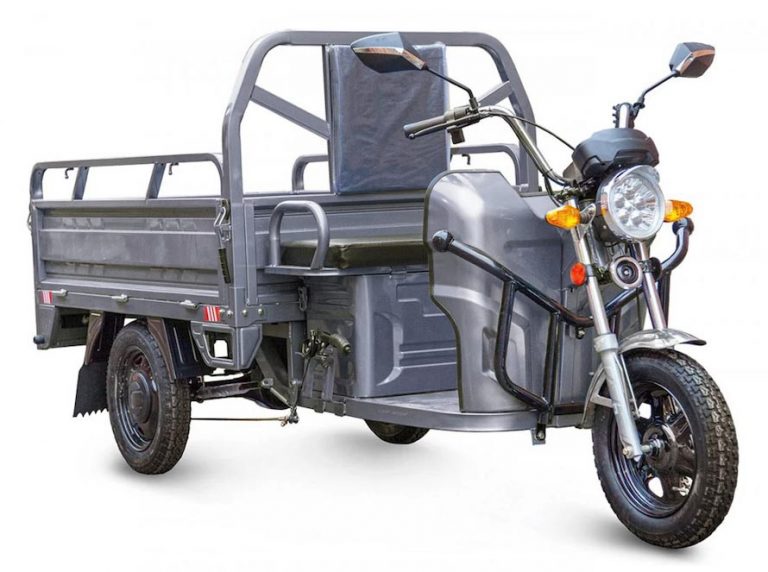 Due to the increased stability and ease of operation, the electric scooter on three wheels is suitable for a wide range of users. This category of electric transport was developed primarily for people with disabilities, overweight, as well as for elderly people who, due to age, find it difficult to walk for a long time. However, becasue of the increased popularity, electric tricycle manufacturers  have significantly expanded the product range, so today you can see a large number of recreational and passenger modifications on the market, each of which has its own design features and advantages.

Why Buy from Links ERide?

-12months warranty for products including controller, motor and battery

-US warehouse located in California, Florida and New Jersey

-You can apply license with COMPLETE VEHICLE EU CERTIFICATE OF CONFORMITY

-DOT proved for electric scooter that come with MCO for registration.

The factory production workflow of an electric scooter from China.

High-quality raw materials are the basis for a good product. Our quality inspection team will be dedicated to the different parts. The raw materials will be thoroughly inspected to ensure compliance with the relevant technical standards and qualified products.

The preparation process is where our production manager will create a planning and scheduling list to schedule each order and complete production on time. And sort out all spare parts required for the production of the entire order.

Each of our scooters has a unique Vehicle Identification Number (VIN) and motor number that allows it to be registered in the system and driven legally on the street. We have an in-house VIN number printer that can be printed to custom requirements.

It is the main process of scooter production-assembly. When all the preparation is done, we can start the online production. From the frame to the installation of the tires, then the main controller is connected to all the needed electronic parts and other necessary covers.

The inspection will take place during and after assembly. During the assembly process, all parts will be checked first when the controller is connected. After all assembly is completed, the quality inspector will check all lights, horn, brakes, etc. again.

The road test is actually another form of inspection. We have an in-house test site with bumps and up and down slopes. So we can check the climbing ability and braking ability, which is the most important part of an electric scooter.

In order to load more quantity in the container. For packaging, for some models, we remove the front tires and front handlebars and wrap them with the frame. We use iron frames or strong foam to protect the scooters from damage during the long shipping process.

At this stage, we will perform all necessary customs clearance before your scooter is loaded for delivery. When it finally arrives at the destination port, we will send you an email alert in advance.

Creating Products That Work And Last

All the e-scooter component is strictly inspected at the first stage of inventory processing and testing.

During assmbly, we verify every detail with 100% accuracy and ensure the quality meet the standards.

All finished products will be cheked after fully assembled. Test ride is a necessary inspection process.

Purchasing our electric scooter is a straightforward process. From negotiation to delivery, we get your order delivered in one piece.

Send us an inquiry by e-mail, or through Whatsapp, phone call or text with your detailed requirment.

Based on your inquiry, Linkseride sales team will provide a quotation sheet accordingly.

Check the samples when your receive the package. Offer us your feedback towards the electric scooter.

Provide your customization ideas to us, our sales team will offer a solution within 1 week.

Our factory will start the electric scooter production after we receive the payment for bulk order and make it on time.

When the balance payment has been done, we will book and arrange shipment to meet the delivery time

Most frequent questions and answers

How many Types of the vhicle that electric tricycle manufacturer can provide?

Despite the rather simple essence, which is a frame on three wheels, an autonomous engine and a control system, there are several types of electric tricycles.

It is customary to refer to the first three-wheeled electric scooter. At the same time , it is favorably distinguished from a conventional scooter:

no exhaust fumes and ear-jarring noise;
availability of a roomy trunk;
a comfortable armchair.
Due to its stability and convenience, it will especially appeal to the elderly. You no longer need to look for a place to lean the scooter after a trip or worry that it will fall off the running board. This electric scooter stands confidently and without outside help.

The second type is an electric tricycle, light and maneuverable, this unit has a roomy trunk and a large power reserve on one electric traction without using human muscular strength. Its advantage relative to the electric scooter is the presence of pedals, with which you can always get to the designated place, even if the battery charge is at zero. A tricycle can be equipped with a differential, that is, it can be driven on both rear wheels, which gives greater stability and controllability when cornering.

Another rather specific type of tricycle is a three-wheeled electric scooter with a seat, whose name speaks for itself, and which is also presented in our catalog.

how to choose your Tricycle electric bicycles?

How to choose a tricycle electric bike?
Before you buy a tricycle, choose a model that suits your riding style. When choosing, pay attention to the following technical characteristics:

The power of the electric motor. It directly affects the driving characteristics (speed, acceleration, power, etc.). Usually three-wheeled electric bikes are equipped with a 500-700 Watt engine mounted on the front drive wheel. This allows you to develop an average speed (about 40 km / h), which is quite enough for a comfortable ride on village and park roads with uneven asphalt and small slides – there is always enough traction.
Load capacity. In our catalog you can find tricycles with a maximum load from 120 to 160 kg.
Battery capacity. A 10 Ah battery is enough to overcome 25-30 km on a single charge, if you drive only by electric drive. If you twist the pedals in the process, then the battery may be enough for 40-50 km. Also, some models have a regenerative braking system installed, which increases the range.
The size of the wheels. Large diameter wheels with wide tires will provide a smoother ride and high cross-country ability.
Availability of additional accessories. A 3-wheel electric bike can be equipped with front and rear LED lights, trunks and baskets for transporting goods, etc. All this adds comfort and functionality, but makes the purchase more expensive.


what is the main features of cargo tricycles from a electric tricycle manufacturer?

The main features of this type of equipment:
A cargo electric tricycle is the owner of one front guide wheel and two rear driving wheels. Large-diameter wheels and the versatility of tires contribute to good cross-country ability both on flat hard surfaces and on dirt roads.
The reinforced steel frame in combination with the dump truck type body allows you to load the transport to the eyeballs and transport a large volume of cargo. The load capacity of a particular model depends on its overall dimensions and weight (the manufacturer specifies these data in the specification). Basically, the market presents GET, capable of transporting from 300 to 1300 kg. Onboard cargo electric tricycles have folding side walls (sides) for more convenient loading and unloading, as well as to facilitate the transportation of oversized cargo.
A powerful shock absorption system allows you to operate vehicles on uneven rural roads.
Depending on the power of the electric motor installed on the model and the capacity of the battery, the vehicle can reach a maximum speed of 45 km/h and travel up to 80 km on a single charge.
With management, which does not require special skills and qualifications, any and even a novice driver can cope. The dashboard provides all the necessary information about speed, mileage and so on. Comfort and safety of movement is provided by a comfortable driver’s seat and access to all levers and controls.
Most models are additionally equipped with lighting equipment (low-beam and high-beam headlights, brake lights, turn signals), rear-view mirrors, alarm systems.

Each model has optimal characteristics for a particular user. The choice depends on the stated budget and on how often and under what conditions you are going to use the vehicle. The following points are equally important:

How to choose a good adult tricycle electric scooter from electric tricycle manufacturer?

a 3-wheel electric scooter, which will be convenient for everyone to ride, ideally should have the following options and parameters:

Please Input Your Email Address To Get The Catalogue & Price List

Find Your Scooter Parts With Us

Fill in the form below and let’s find your parts exactly.

I will reply within 24 hours.

Get the coolest tips and tricks today

As some private models CANNOT be displayed online, we sincerely invite you to input email address to get the files immediately.